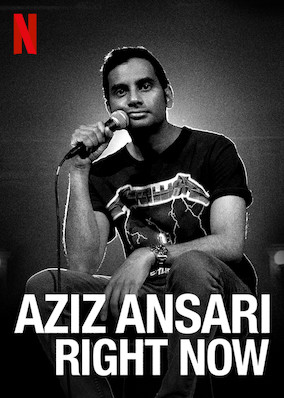 What do we do with Aziz?

So, I just finished watching “Aziz Ansari: Right Now,” his latest Netflix comedy special.  And I’ve got a lot of thoughts running through my head.

First, I openly admit that his role in the #metoo movement was one that gave me pause.  This shit has been going on too long, and I want to believe the accuser.  But at the same time, in this specific case, as it was presented to me, I had a lot of questions.  I hesitate to call them doubts.

I fully support anyone who is brave enough to tell their story.  I totally understand that there are three sides to every story (well, at least three, and we can get into semantics later).

I understand that regardless of what actually happened, she felt these things and interpreted them in a manner that made her feel uncomfortable, taken advantage of, and many more emotions that are hers and hers alone.  And, as a publicist, one trained in manipulating a story, and working with the media to shade perceptions, I also felt like he got a raw deal.

No matter the circumstances, your feelings matter.  And when it comes to #metoo it’s a real mixed bag.  Have I been catcalled on the street – Yes.  Have I had bosses/superiors/supervisors (shit, they really don’t give us a lot of good options here) say lewd things or make inappropriate advances in the workplace – Yes.  Have I had a stranger in a bar grab my ass or my boobs without warning – Yes.  Yes, to every one.  Have I been physically abused, or forced into doing something I didn’t want to because I felt my livelihood was at risk, or worse, raped.  I’m overwhelmingly fortunate to say, no.  Have I been in a relationship that was so confusing emotionally and so terrifyingly, unquestionably on a bad path for both of us, that I didn’t know how to get out of it and save both of us, or the next girl, so I only saved myself?  Yes.

#metoo is NOT it either happened, or it didn’t.

Because for me when it comes to #metoo there are levels and lines.  On one level, there are the referees – if you see something, or experience something – speak up, point out the behavior, teach the offender, let them correct it, and let’s all move on to help others.  On another level, are the players, the assholes that think the rules don’t apply to them, who deserve to rot and burn.  And somewhere in between, no not somewhere all the way throughout, is the game, the people and situations that require further discussion and a review from the booth.

We, all of us women, and all of us humans, need to look out for each other.  And this is a vigilance and kindness that must be with us all of our days.

I saved myself.  I took cover before it got THAT bad. Inanimate objects bore the physical brunt of my relationship.  I was lucky.  Do I think he was an irredeemable soul?  No.  Do I think he was a kid with parental issues and an anger management problem? Yes. Did I do anything to get him help?  No.  Did I say anything to his next girlfriend? No.  Or the one after that?  No.  Or the mutual friends he lived with?  No.

I was ashamed that I got myself into that mess in the first place.  I was smarter than that.  So I kept his secret.  And I’m not sure, in the end, that I’m any better than he is.  We might both be in different places today, if I had spoken up then.  And I might not be so ashamed now.

Second, wow, that was entirely not what I was intending to write.  Aziz, I enjoyed your special.  I appreciate that you are trying to learn and grow from the sum total of this experience.  And, I laughed out loud a few times, which frankly is a rare expression for me during a stand-up special.  So, kudos for that.  And welcome back.