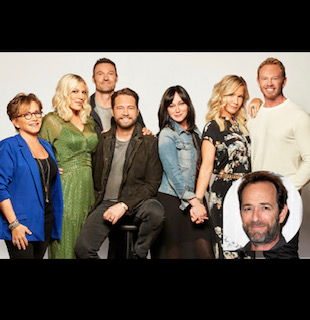 OK, so I know all of my posts thus far have been about TV shows. Honestly, not sure how that happened. For years, TV was such on the back burner for me. I downgraded to very basic cable about 10 years ago. Then about three or four years ago – I cut the chord and went to antennae and Sling/paid subscriptions for my cable options. Basically I wasn’t paying for a service I was barely using.

So why all of the sudden am I obsessed with TV? I’m still wrapping my head around everything going on with #thebachelorette and #bachelorinparadise. There is so much going on and it is constantly evolving, so I’m at a loss for words and thoughts right now.

Where was I? Oh right – why am I obsessed with TV lately. Well, because it is bringing me back to my high school days. I loved that time. I was happy. Not that I’m not happy now, but I had that carefree, “I don’t have bills and responsibilities and I don’t need to adult kind of happy.” Basically I like my freedom now, but I don’t like all my responsibilities, and I sure as hell don’t like adulting.

So what is making me feel like a teenager again? My latest obsession – and like many teenagers – its an obsession that doesn’t require a lot of attention, mental capacity, or time.

If you’re a teenager of the 90s and didn’t watch the first episode where all of the original cast members (minus one significant member) played heightened versions of themselves as they turned this show into a revival into a reboot, I hate you. I know its all very meta and confusing, but if you didn’t even try and watch it, you don’t deserve to be a child of the 90s.
That cast. That theme music. The high-fives. It gives me goose bumps. It’s only one episode in and I already want more.

But one thing I want to comment on – I am still not OK! Like many teenage girls, I had a crush on Dylan McKay. And when he passed, we all felt it. We all lost our first boyfriend. We all miss him. #RIPLUKEPERRY
And while I got goosebumps from beginning to end of the episode – the way the cast paid tribute to him and weaved Luke Perry into the show, was well, #totallyawesome!

Until next week’s episode…