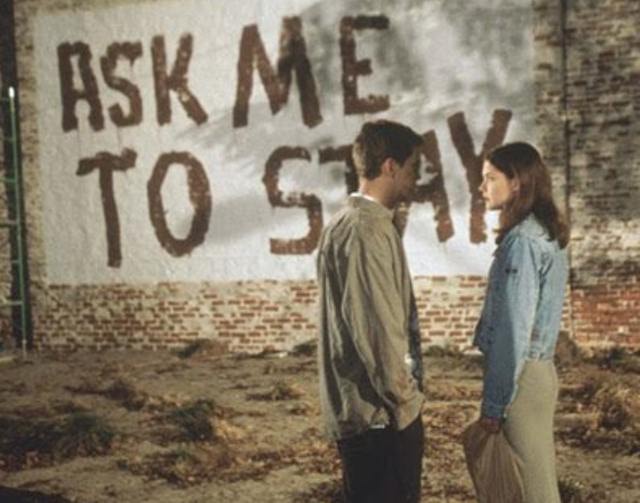 Like so many other children of the 90s, I was raised to believe I could do anything, be anything and want anything.  Fairytales were nice, but they weren’t real.  Jake Ryan was a handsome, homegrown fantasy, and Johnny Castle was the bad boy dream we’d worn out on VHS.  In reality, most of the guys I actually knew were more like the Woolworth version of Jordan Catalano – not bad guys with a tortured heart, not good guys with an identity crisis either.  Just guys.  Some better looking than others.

Then came Pacey Witter and he ruined us.

He did.  He ruined an entire generation of women.

We fell, and we fell hard, for the lovable loser, the silver tongued slacker, the ne’er-do-well that just wants the love of his father, the sidekick, with the questionable fashion choices, who falls in love with the smart girls.

The guy who would buy you a wall.

And so we forged ahead with our own real lives trying to find our own Pacey Witter.  Some have succeeded, some have had adventures along the way, some are still… Chasing Pacey Witter.

It’s a post-Pacey world and we just live in it. For better or worse.

And if you don’t believe me…
Comspolitan
BuzzFeed